You are using an out of date browser. It may not display this or other websites correctly.
You should upgrade or use an alternative browser.

Have you ever considered doing a style for Xenforo Media Gallery? It is so ugly, and feels like a complete misfit for the forums. I love the Xenforo forums, but the media gallery is a huge let down, and I actually regret purchasing it.

Just a thought, I don't know if you can salvage it or not, but if anyone can I know it's you!

What do you dislike about it? It should inherit styling from the main forum style. Is it the layout or something else you do not like?

Yes, it's the general layout - it's not inviting at all. It would work better if instead of having the column boxed layout, each media item was listed like a forum topic, with a smaller thumbnail, the title, and the short description of what the item is. There is too much small, insignificant information cluttered together in those boxes, and not enough to entice the user to actually look through what's there and post a comment.

I also don't like how it's so separated from the forums - it really would work better if it had the same behaviour as the forums, and that the comments section were more closely tied in to the forums. But that's a wider issue than giving it a layout redesign

Pixel Exit Staff
I do think the default setup shows a little too much information. I think the things such as likes/views/date ect isn't really relevant for the home page of the layout. Some simple css:


Code:
Would achieve this: 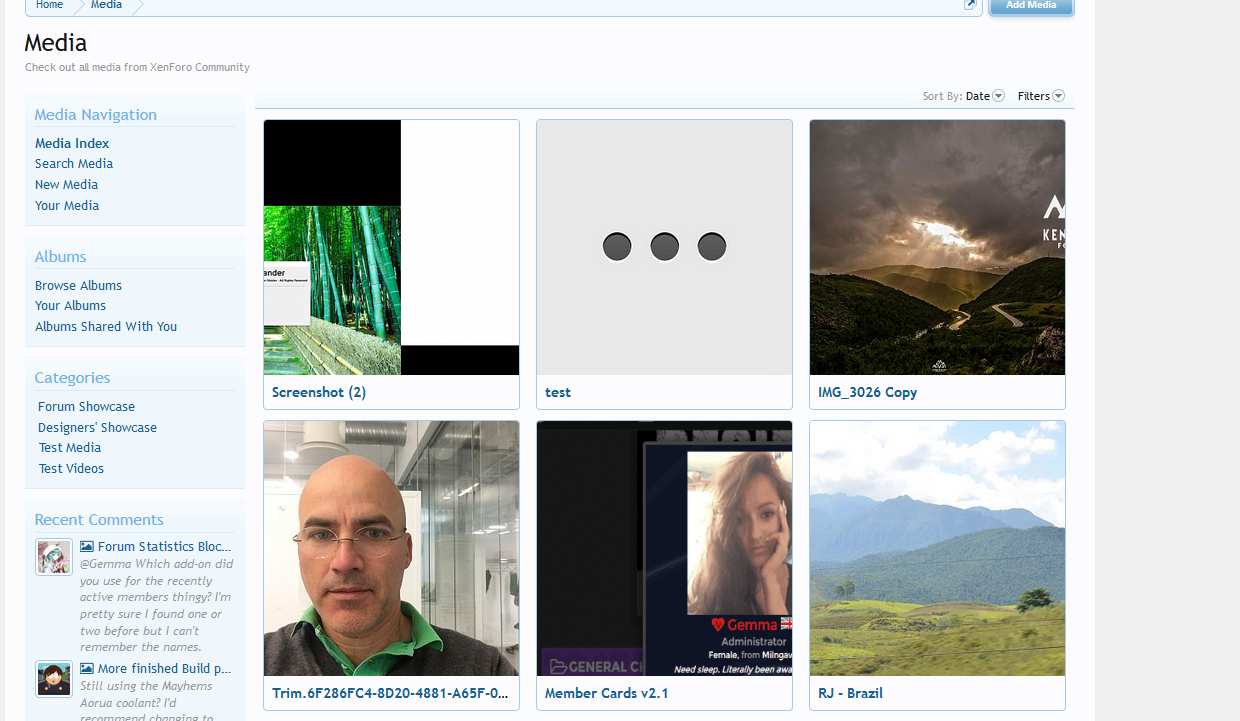 I'm not sure single rows would be the ideal setup, it sounds like you want something like the RM setup for the gallery almost?

Even adding the CSS code you just posted makes it look so much better, thank you!


Russ said:
I'm not sure single rows would be the ideal setup, it sounds like you want something like the RM setup for the gallery almost?
Click to expand...

Yes, I guess this is what I'm thinking. It makes browsing so much easier to scroll down a list rather look at 3 large columns of random images. And it also looks more like our existing forums, so users aren't faced with such an unfriendly interface. The widgets are also awful!

But even the media pages themselves don't look nice - they should resemble a thread, and the comments section is ugly.

I don't know, I think it could all look so much better, and I wonder if there is a market out there for people to buy Media skins as well as Forum skins

Why not to use some of the style porperties before you write something in the extra.css? 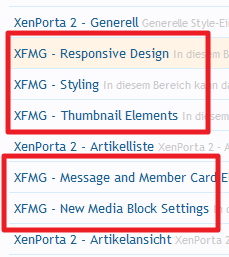 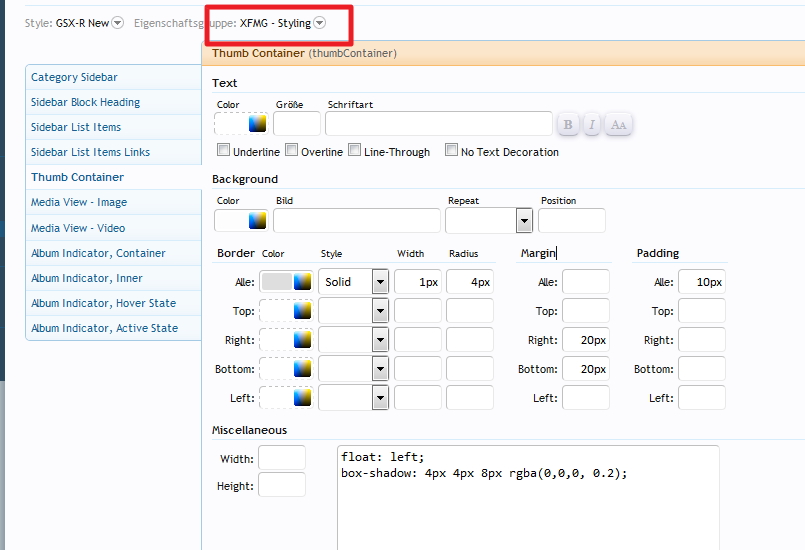 Pixel Exit Staff
You certainly can use style properties, I was literally showing a quick edit of how I thought the display should be, didn't really want to go into detail on each style property screen explaining where to put display none, if they even cover each section I referred too