Report those bugs so we can squash them!

Need help in private? View or create a support ticket

You are using an out of date browser. It may not display this or other websites correctly.
You should upgrade or use an alternative browser.
B

Customer
Just upgraded one of my sites. Are these templates safe to merge or should I wait for your upgrade? 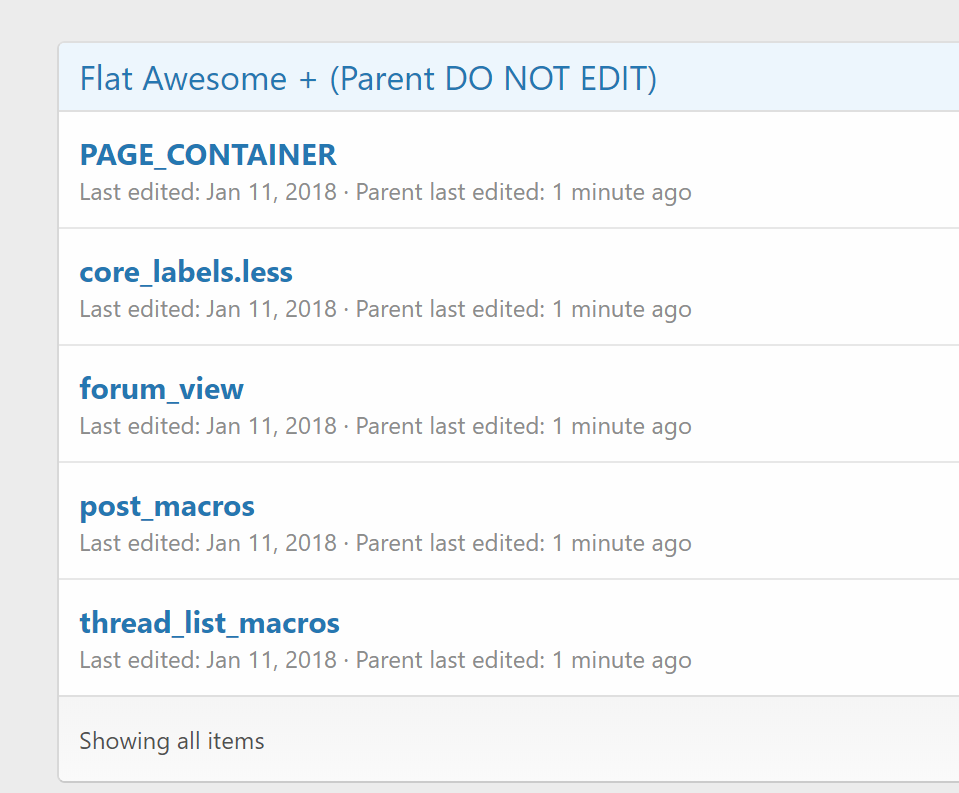 Sort by date Sort by votes

Pixel Exit Staff
I would not merge, I’m wrapping up the style updates today.
Upvote 0 Downvote
B

Any update on the updating of the styles? Xenforo came out with another update (2.0.4) about two days after 2.0.3 .
Upvote 0 Downvote

Pixel Exit Staff
All updates are being sent out tomorrow, we're sending out 1.5.18 updates on the entire 1.x lineup and 2.0.4 for all the 2.x lineup.

Right before we were going to do the updates and release them we realized XF added something we've been waiting on for a long time which deals with cookies. We completely revamped the sidebar toggle, user message info toggle, category toggle and added a long-awaited feature page width toggle:

You have your normal page width via Style Properties -> Page Setup, we've added a second one where you type in a value it will add this button automatically.

The best part of the new update... is there is no longer an annoying quick flicker on page load with the sidebar + category collapsing.
Last edited: Mar 17, 2018
Upvote 0 Downvote

While we wanted to get this out today (Sunday) there were some areas we wanted to also include in this update so it can free up some time for us to work on some new styles. @Russ has been hard at work with a new feature we will be calling Design Mode. This will be an admin accessible feature on the front end which will help you find the areas you want to customize much faster and easier than waiting on a reply from us, though of course we're still here to answer any and all questions. Here is a glimpse of it:

If you notice there are links in these tooltips which will take you directly to the properties/options that customize those areas. Simply hovering over certain elements creates the tooltips (where available) with descriptions of where to find the properties! For the first release it won't include all areas or areas we feel inherit from places already included.

We think this will help tremendously on how end users customize their sites! So a big thanks to @Russ for spending the entire weekend working on this while I was plugging away on the revamps of collapse system.